Get in touch with us

What should an endomorph eat to lose weight? 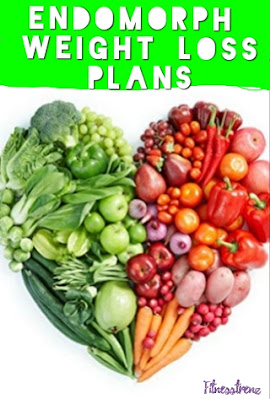 Let's do a self assessment

Go and look into the mirror. What do you see? Do you see long, lanky limbs? Wide hips and a bit of belly? A sporty, muscular body? Knowing where you fit in (or if a single body “type” doesn’t describe you) could help determine the best diet and exercise plan for you, some healthcare professionals argue. This is what’s called the body type. Let’s take a deeper look at how each one is classified:

• Relative predominance of soft roundness throughout  various regions of the body.

• Have a more relaxed, comfortable, and extroverted personality.

• Heavy, hard, and rectangular in outline.

• Have a more active, dynamic, assertive, and aggressive personality.

• Relative predominance of linearity and fragility

• Have a more introverted, thoughtful, inhibited, and sensitive personality.

What Is Eating for Your Body Type?

Followers of this plan say your body type can give you clues about your metabolism and hormones, and thus how well you process carbohydrates, and how much protein you need. Not to mention, it may tell you whether you’d be your healthiest, most energized version of yourself.

There is some research to suggest that each body type does share certain characteristics in terms of weight, fat, and muscle.

If you’ve been eating well and exercising, you may not be getting the results you’re looking for. “Many people are exercising for the first time ever and eating cleaner than ever, but they’re still doing the wrong thing for their body,” says Phil Catudal, celebrity trainer and coauthor of Just Your Type: The Ultimate Guide to Eating and Training Right for Your Body Type with health journalist Stacey Colino.

What Is an Endomorph?

An “Endomorphs tend to have a larger bone structure and are curvier. People with an endomorph body type tend to have a slow metabolism, making it easier for them to gain weight and harder for them to lose it. This also stunts muscle growth. However, following a specific diet and exercise plan can often help people with endomorphic bodies meet and maintain their health goals.

People with an endomorph body type usually have soft, round bodies with a wide waist and large bones, joints, and hips, regardless of their height.

Therefore, people with endomorphic bodies may need to more carefully control what they eat, when they eat, and how much they eat.

Also, these people usually have a larger build and carry excess weight, so they may be more prone to sedentarism.

People with an endomorph body type may also find it difficult to gain muscle mass because excess body fat triggers the release of the hormone estrogen. Increases in estrogen levels tend to decrease levels of hormones that promote muscle growth, such as testosterone.

Foods to eat and avoid

Sources differ on what the best endomorph diet plan is. Generally, people with endomorphic bodies may benefit from a nutrition plan that balances healthful fats, proteins, and carbohydrates from fruits, vegetables, and unrefined, high fiber foods.

Some examples of foods that are rich in protein or healthful monounsaturated and polyunsaturated fats include:

2. Poultry, such as chicken and turkey

6. Most nontropical nuts, including almonds, hazelnuts, and walnuts

Some examples of carbohydrates that are fit for an endomorph diet include most:

1. Dried beans and legumes, such as kidney beans, lentils, and chickpeas

2. Fruits, except melons and pineapple

3. Non-starchy vegetables, such as broccoli, cauliflower, and celery

4. Whole-grain or whole-wheat products, such as all-bran cereal and 100% stone-ground whole-wheat bread

5. Some starchy vegetables, such as sweet potatoes, yams, corn, and carrots

6. Some unrefined starchy vegetables, such as quinoa and amaranth

According to the American Council on Exercise (ACE), people with an endomorph body type tend to be more sensitive to carbohydrates and insulin. Insulin is a hormone that allows blood sugars to enter cells.

So, people following an endomorph diet may wish to limit or avoid carbohydrate dense foods, especially refined carbohydrates such as white flour and sugar.

Foods rich in carbohydrates release sugars rapidly into the bloodstream, causing blood sugar spikes and dips. The body is also more likely to turn these sugars into fat than burn them as energy.

Endomorphic bodies are also more likely to convert excess calories into fat. For this same reason, people following an endomorph diet may also want to avoid foods that are calorie dense but nutrient poor.

Some examples of foods to limit or avoid on the endomorph diet include:

2. Candies, chocolates, and other sweets

11. Cooking oils with a lot of saturated fat, such as palm or coconut oil.

arrow_back Back to Weight loss